I’m from Portugal and I’m finishing my high school. I never studied acting before and I have no experience. Can I be able to study here?

How much will it cost? Do you help with houses for foreign students? How long does it take to graduate?

My english is not perfect but I have a great american accent. However living in the USA I can learn more.

This website is not an acting school. It offers free information for aspiring and working actors. However, you can browse our listings of acting schools. Each acting school will have different requirements in terms of previous experience and level in English, so contact the ones you’re interested in for more information. Some offer help with housing, some don’t. Length of studies vary from 3 months to 4 years if you want to obtain a Bachelor’s Degree.

My advice is to go to a language school first and get proficient in English before you study acting. I think it may be easier to focus on your acting training if you get the language barrier out of the way first. That’s just one opinion. 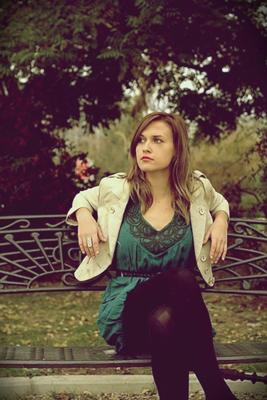 Becoming an actress is my greatest dream. I didn’t follow any acting course and i don’t have any experience in acting, but i daily watch lots of films, and i write lots of scenes… I really think my place is on the stage. I would like to go to a film university, but everyone tells me i won’t succeed, because there is a big competition, and as i have no experience in the domain, it will be really hard. And there is another problem: I am from Romania, and i want to go to England or the USA and study there, but i can’t support any expensive tuition fees ( i mean higher than 5000 $ per year). But this is my biggest goal in life, and someone taught me to fight for it till the end. What do you suggest me to do?

I get a lot of e-mails from young adults who live outside the country and want to come study in the US. When you love American films and American actors, it is natural to want to come and study here and follow your dream, but I don’t think it’s the best way to give yourself a chance of succeeding.

There are tons of foreign actors studying and auditioning in the US. If you come from a non-English speaking country like you do, you will miss out on a lot of parts because of your accent. Most casting directors are not very open-minded when it comes to accents. You may very well be pigeon-holed in parts for Eastern European girls. A lot of these parts will be stereotypes you will soon tire of playing. I’ve experienced this first hand.

Of course, you will have an advantage over American girls when it comes to getting those roles, but only the small roles will be cast in America, the bigger roles for foreign actresses are usually filled by a foreign actress who has already reached a certain amount of success in her own country. Which is what I’m getting at. If you really want to give yourself the best chances of being a success, you are better off studying acting and making a name for yourself in your own country first. Look at Antonio Banderas or Audrey Tautou, for example. They acted in successful movies in their own countries before getting noticed by American directors.

Of course, if you can do a perfect American accent, things are different, but in spite of accent reduction classes, I haven’t met a single foreign actor from a non-English speaking country who can pull this off so far.

That being said, I definitely think you should follow your dream and not listen to those who try to stop you. They are right, it is very hard to succeed in the acting field. It’s hard even to make a living (actually, the competition is so fierce it can even be hard to get a non-paying part when you start out). But that doesn’t mean you shouldn’t try. If this is your biggest goal in life, you need to follow your dream so you won’t regret not trying later in life. If things don’t work out, you can always do something else later. Becoming an actress doesn’t guarantee you’ll become a movie star, but it’s a wonderful journey either way. The things you learn and the friendships you make will be for life.

Comments for
Coming to America to Study Acting

Acting in London or America
by:

I really want to become an actor in America, because it’s a good country, but i live in the UK and its hard to go to acting schools because their tuition fees are really expensive. I would go to a university here but their not as good and if i was to go here then i would still need to go to a school in America, but i don’t want to go here because i want to start acting straight away, so i can build a name for myself. What would you recommend i do?
Answer:
by: Alex

The UK has some great acting schools… Go on IMDB and look at the bios of your favorite British actors who went on to be stars in America. You’ll find that most studied and started out in the UK. Good schools are expensive on both sides of the Atlantic, but maybe you can look for scholarships?

I am selam from iraq / kurdistan. It is my dream to be an actor, but i cant be actor here specially this country. Help me if you can. I am sure it is never will happen.

Tell Your Story
by: Alex

Join our facebook page We have a large community of professional and beginning actors there. Maybe you can connect with other aspiring actors from your country. Good luck!