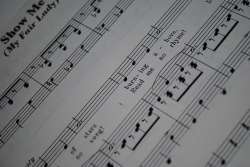 Musical theatre acting requires you, the actor, to be a “triple-threat”. You’ll need to know how to act, sing and dance. If you master all three skills, your chances of working are much better than actors who are not Broadway trained, as there are much more musicals being cast around the country than straight plays. Here, we’ll go over musical theatre schools and the training you need to make it in Broadway acting. We’ll also look at how musical theatre auditions different from other actor auditions.

What do you need to get a role in Musical Theatre?

If musical theatre acting is what you want to do, going to a musical theatre school rather than a regular acting school makes a lot of sense. A lot of acting colleges offer both acting and musical theater track. You can always take some electives in singing and dancing if you choose to concentrate more on the acting, but if you want to be a Broadway actor, focusing on all three aspect of becoming a triple-threats will yield much better results at musical theatre auditions. Talking about auditions…

Auditions for musical theatre acting are different from regular acting auditions. Here’s how to prepare and what to expect:

When you submit to auditions for musical theatre, make sure your resume includes your type of voice, such as Alto, Soprano, or Baritone. If you’re not sure what you are, find out before you go out on auditions, as this will affect both the roles you are considered for and the songs you should pick in your audition repertoire.

For women, there are three basic voice types: soprano (the highest, for those who can sing from middle C to high C and up), alto or contralto for the lowest voices, and mezzo or mezzo-soprano, for those voices in the middle. Male voices are qualified as either tenor (the highest), bass (the lowest) and baritone (in the middle).

Your voice type should appear at the top of your resume, next to your contact information and union affiliation. If you’re fully trained in musical theatre acting, you may also want to add “Actor/Singer/Dancer” below your name at the top of your resume. A lot of actors who are not really trained as singers and dancers apply to musical theater roles, so this may up your chances of being called in.

Your musical theater resume should also include all your dance training and special s inging training under “Training“. Right below the name of the acting school you attended, you can write something like…

You can follow this information with the names of the techniques you studied or a renowned teacher you worked with. Other relevant information to musical theatre acting can go in your “special skills” section. You can read more about acting resume formats here if you need a refresher course on where everything fits.

For most musical theatre auditions, you’ll be asked to bring 8 to 16 bars of a ballad and an uptempo song. Often, you will be given the choice of which song to start with. Sometimes you will only get to do one song, so start with your best one.

You may also be asked to bring a monologue (usually 1-2 minutes long).

You may be asked to come back for the dance call. If the dance call is the same day, you will usually be warned in advance to bring something to dance in (and tap shoes, if tap dancing is required). A dance call consists of a short routine you will be taught on site with a group of other actors also auditioning. Some musical theater roles don’t require much dancing, but most do, especially if you are being considered for the ensemble.

Hope you find these tips and information on musical theatre acting helpful. Whether you want to be only a Broadway actor or not, musical theatre roles can really launch your acting career, as it has for many other actors. Did you know that Catherine Zeta-Jones, Hugh Jackman and Zac Efron all started in musicals?