Are you wondering what Method Acting is all about? Here you’ll find basic online acting classes on the acting method developed by Lee Strasberg and practiced at the Actors Studio and many film schools in Los Angeles.

You’ll also find out what to expect from a method class, along with sample exercises and other information to help you decide if this is one of the acting techniques you want to study.

Lee Strasberg’s Method is derived from the work of Stanislavski and his own work at the Group Theatre and The Actors Studio. Its main goal is to help the actor create real thoughts and emotions under imaginary circumstances. “The Method” is one of the most popular acting techniques around, and was the method of choice for film and television actors in Hollywood. You can study Lee Strasberg’s method at the Lee Strasberg Theatre Institute in New York and Los Angeles. 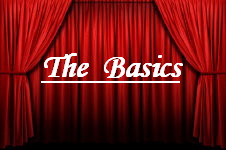 Here are the basics of this acting method:

Lee Strasberg was convinced that a relaxed actor can enter a role and focus on a scene much more than an actor who is tense, so removing tension from the body is a big part of this acting technique. Actors concentrate on one part of their body at a time, moving and releasing it until it is free from tension.

Method actors use sense memory to connect to the given circumstances of the play – or movie – and their characters. Have you ever smelled or tasted something that brought you back to a time in your life where that smell was present or where you tasted that same food? That’s what sense memory is all about.

Actors use their senses to recreate an experience, like being in the rain or feeling sick. Beginners work on simple exercises like the feeling of drinking coffee, while more advanced students learn to combine several sense memories at a time to create a character.

Method actors use sense memory to explore a range of experiences. For example, the place exercise has actors create a place for their characters through what they see, hear, touch, smell and taste. One very popular exercise for working on emotional scenes is the personal object exercise, where a student uses his or her senses to explore an object that has great emotional value to them. Another helpful Lee Strasberg exercise is the private moment, which allows actors to feel private in public and avoid stage fear by re-creating that experience through their senses.

The method acting exercises that involve sense memory are particularly useful to film actors who need to recreate the same emotions take after take.

In The Method, actors can use their own experiences to connect with their character’s emotional state. In order to do that, method actors use sense memory to recall an emotional memory from their past. For example, if an actor is trying to connect with a character who feels loss, they will try to recall an experience from their past when they felt loss by re-creating what they saw, tasted, smelled, heared and touched that day.

Emotional memory work is not for beginners in The Method. Many actors feel overwhelmed at first by the emotions they experience with this exercise, so it requires the guidance of a trained teacher and experience with simpler sense memory exercises.

Once an actor has worked on an emotional memory long enough, they can connect with it very quickly as a simple smell or sound can trigger it.

One of the strangest things you’ll see in Method acting class is actors walking around the classroom as animals. Lee Strasberg’s animal exercise is a very useful tool for actors to explore their characters. Students spend some time watching the animal, then recreate not only how the animal moves, but it interracts with the outside world through its five senses. Actors use sense memory to explore what the animal sees, smells, hears, etc. Eventually, the actor stands his animal up and start to incorporate it with his human character.

Method acting is not just about sense memory. Actors learn how to break down a script, look for character clues and find the objective of a scene. Students learn to explore a part through improv techniques and substitutions, where actors substitute a relationship in the play for a relationship they have in real life, helping them relate to the conflict and their scene partner.

Continue your method acting online acting class to know what to expect from a method class and discover sample Lee Strasberg acting exercises.

… or read about one of the other acting techniques out there.