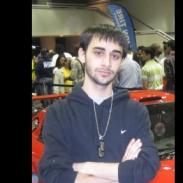 I’m dying to be an actor and have auditioned for Nu-stars, John Robert powers, HB studios, and al lot more but I’m religious and can’t work on Fridays or Saturdays. Acting agencies seem to have a problem working around that. Do you know any one who might consider my situation? Do you thing a sitcom or any kind of show will ever consider hiring me? I’m really committed. Thank you.

That’s a tough one. You won’t be able to do theater as Friday and Saturday are some of the biggest performance nights. Television shows and sitcoms usually shoot Monday through Friday. They don’t necessarily need the actors every day, but it will be very hard to find directors and producers willing to work around your schedule unless you are a star. Commercials usually shoot for only 1-2 days, so they can be an option, but acting for commercials is not very rewarding.

If you really want to act, my advice is to do your own thing. Get a theater group together with other aspiring actors who can’t work on those days. Produce a small off-off Broadway play. Or make a short film about your experience as a religious actor or any other story you feel compelled to tell. At least, you’ll be acting. And who knows? Your play could do well or your independent film could make it to a film festival and take you to the next level. I wouldn’t worry about getting an agent for now. Just concentrate on acting school and doing what you love and see what happens.