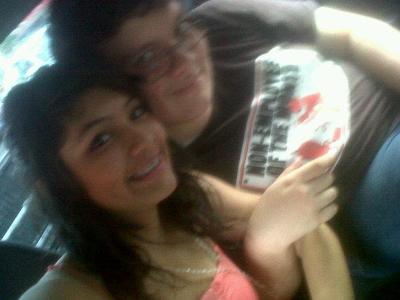 The one on the right is me, next to me is my friend.

Hi, my name is Malcolm and I currently live in a Latin-American Country, However, I have 2 choices: Study in my country a normal career (medicine), or go and live with my Aunt in Los Angeles.

As I would go over there, I can go to Hollywood easily which is the biggest deal for acting, but… How can I start? Do I simply go to Hollywood and ask for a job? Or go to a University in Los Angeles to start acting? I am really patient and could do work without getting paid if needed to, but if I do effort I would like to get rewarded, not at the moment, but not making any effort in vain.

Leaving will help my mom paying her debts as she wouldn’t be paying my career here in the country which is expensive.

As far as I know, or may not, I’m not ugly, and have a lot of beauty potential I guess

I’ve always dreamed of being part of a MOVIE, where people who knew me and go to a theatre or the ones who mocked at me would say when watching it: ”I knew that guy!” And nobody would believe them.

I tried making my own band, but the success of 1 person (me) can be easier than 4 or 5 people.

What do you recommend to me? I’m awaiting your answer and time is short, I have to decide something that will change my life forever… In around 60 days…ANSWER:

You can only have one agent for theatrical, which covers film, television and theatre (as well as new media), unless you work in different locations (for example, you’re available for auditions in Los Angeles and London and your agents don’t have offices in both cities).

You can have more than one agent as an actor, though. For example, you may have one agent for theatrical and one for commercial. Some actors even have special voice-over agents or modeling agents. You just have to see what your contract covers. Of course, on top of your agents, you can also have a personal manager. You can only have one manager, though, and your manager will take a commission on all your acting jobs.

I can’t help you choose. Just know that acting in Los Angeles is very competitive. A lot of trained actors can’t make a living here and prestigious acting universities can be very expensive. Usually, medical students end up working as doctors. For actors, it’s different. Even if you do everything right and you’re talented, you may not get enough acting jobs to work regularly. A lot of LA actors have other jobs to pay the bills so they can pursue their passion of performing. In my mind, acting is such a difficult field to break into that it should be chosen only if you feel you couldn’t be happy doing anything else, so take some time to think about what you really want.